The plant species called cannabis has an active component known as cannabidiol or CBD oil. It is blended with a carrier oil, such as coconut or hemp seed oil.

The primary psychoactive cannabinoid in cannabis, tetrahydrocannabinol (THC), is responsible for the high often associated with cannabis use. However, CBD is not a psychotropic like THC. CBD is a sought-after substitute for folks who want to cure their pain and other conditions without the intoxicating side effects of cannabis.

A recent Forbes Health study of 2,000 adults found that 55% of those who claim to have used CBD before utilize CBD oils and tinctures. CBD oils may also increase levels of naturally existing endocannabinoids, which would explain its wide variety of applications.

The ingredient is becoming increasingly well-liked in the health and wellness sector. However, is CBD the best option for you? Let’s dive in to find out some of its benefits.

Heads Up: Is CBD Permitted?

Verify local and national laws wherever you go. Also, remember that non-prescription CBD products may not be appropriately labeled and are not FDA-approved.

The Food and Drug Administration (FDA) authorized the use of CBD in 2018 under the trade name Epidiolex to treat seizures brought on by Lennox-Gastaut syndrome and Dravet syndrome. These are two uncommon epilepsy conditions in individuals at least two years old.

The 516 patients with Lennox-Gastaut syndrome or Dravet syndrome participated in these studies and were given Epidiolex or a placebo. Epidiolex reduced participants’ frequency of seizures more than the placebo did when used with other recommended medications.

Additionally, 2020 saw the FDA’s approval of Epidiolex for the management of seizures brought on by tuberous sclerosis complex that results in the development of benign tumors in the brain and other parts of the body.

Cannabis has been used to relieve pains since the olden times. The pain-relieving properties of cannabis, including CBD, have only recently been recognized by scientists to be due to specific cannabis constituents. A unique bodily mechanism called the endocannabinoid system regulates several bodily functions, including appetite, sleep, pain perception, and immune response.

Some studies indicate that CBD may be useful for treating specific forms of pain, such as back pain and nerve pain. CBD, combined with THC, has proven to ease pain in illnesses like MS and fibromyalgia. However, we require an in-depth study of its potential application to reduce pain.

Anxiety disorders and other mental health issues can seriously affect general health and well-being. Pharmaceuticals are widely used to treat mental health conditions, but they come with various adverse effects, such as headaches, agitation, drowsiness, sleeplessness, and various sleep disorders.

For instance, benzodiazepines can lead to addiction and substance use disorders. Many people who suffer from mental health concerns, including anxiety and depression, are interested in this natural medicine because CBD oil has shown potential as a treatment for several of these conditions.

In an earlier study, the effects of CBD and THC were investigated in 177 cancer patients who had not found relief from medications. Compared to individuals who received simply THC extract, those who received a mix of both chemicals had significantly less pain. Sativex may sometimes help patients with cancer-related pain to be reduced, according to a study of five trials.

Although CBD may ease some people’s cancer-related symptoms, research findings are currently

inconclusive in determining CBD’s safety and effectiveness. Therefore, CBD may alleviate the side effects of cancer treatment, such as pain, nausea, and vomiting.

The capacity of CBD to influence the endocannabinoid system and other brain-signaling systems, according to researchers, may aid those who suffer from neurological illnesses. Some of these conditions include,

Sativex lessened spasms in 75% of the 276 MS patients with medication-resistant muscular spasticity.

CBD may be used to treat opioid dependence, including preclinical animal studies and human clinical trials. CBD was administered to trial subjects with heroin use issues in one such study. CBD dramatically decreased cue-induced cravings, withdrawal anxiety, resting heart rate, and salivary cortisol levels in heroin addicts over a week.

CBD may be an effective treatment for opioid addiction since it aids in the management of symptoms associated with substance use disorders, such as anxiety, pain, and insomnia.

The effects of high glucose levels on other cells in the body, which usually occur before the onset of diabetes and its numerous complications, are lessened by CBD, according to studies on human cells. Researchers concluded that CBD might be very beneficial for people with diabetes, diabetic complications, and arterial wall plaque formation with additional research.

Researchers found that CBD increased glucose-dependent insulinotropic peptide, a hormone that ensures a sufficient release of insulin from digested food, and reduced levels of resistance, leading to insulin resistance. This protein controls blood sugar levels. These results suggest that CBD may help the body regulate the levels of hormones associated with insulin, serving as a natural diabetes treatment.

People use many other forms of CBD oil for therapeutic purposes. The effects of the drug may vary depending upon its usage, whether oral or inhalation. Various forms of CBD include:

Researchers have studied the potential benefits of CBD oil in fighting the symptoms of several common health ailments, such as anxiety and neurological disorders. Even though CBD is generally considered safe, it is advisable to see a healthcare provider before using any CBD products, especially if you are currently on any drugs. 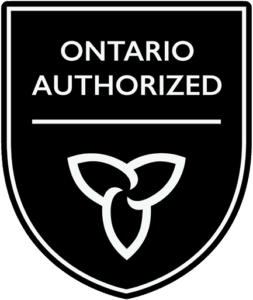